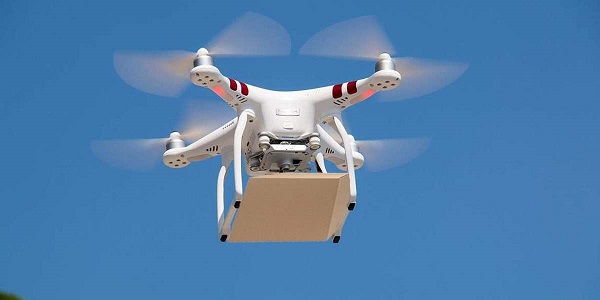 A drone’s carrying capacity is an important limiting factor that affects its flight duration, flight range, and even its stabilization. These aerial vehicles have proven to be valuable and useful in the consumer, industrial, and military worlds. I know you really want to find how much weight can a drone carry? You can read below to know your answer!

To keep a drone and use it well, you need to consider how much weight it can carry before attaching extra equipment. Air pressure and wind resistance are also critical external factors that affect the weight a drone can carry.

Drones, also known as UAVs (unmanned aerial vehicles), have a maximum carrying weight called the payload. A drone cannot carry any weight that exceeds its payload. The payload of a drone includes the weight of components like its sensors or cameras. It excludes the weight of all the other constructional parts, say, for instance, the batteries or propellers.

Classes Of Drones And Their Carrying Capacities

Cheerson CX-10 is a good trick drone available. This type of drone has a low payload because it is relatively small and not designed to carry weights. It can sustain a weight of only 4 to 6 grams. Trick drones have a short fly duration of only 8 to 10 minutes at a time.

This is the most affordable type of drone on the market that will cost you about eight hundred dollars. It is popular among children and beginners.

A step ahead of trick drones are prosumer drones, also known as hexacopters. They have a payload of 3 kilograms, which is much more than that of a trick drone. A hexacopter can fly for up to 25 minutes before landing. This makes it a good option if you are looking for a hobby drone to use in sports or photography.

DJI S900 is a perfect model of a prosumer drone. It has enough payload to carry a camera, a longer flight duration, and better stabilization. To get a proper hexacopter off the market, you will need a budget of approximately a thousand dollars.

Freefly systems have created one of the best drones if their kinds, the Alta 8, an excellent heavy payload drone. Such a professional heavy weight lifting drone can carry up to 18 kilograms and has a fly duration of over 45 minutes.

They are built with a strong frame and are very durable. Heavy payload drones have a high thrust power drown by eight motors and auxiliary sensors. Their powerful motors enable them to carry even a human being.

To get a heavy payload drone, you need to dig deep in your pockets because they are costly. They cost about $15000. One of the primary factors that influence the carrying capacity of a drone is its function.

As the name suggests, hobby drones are for fun and leisure activities like sports and photography. They are the more common and widely used type of drones. Their function requires less carrying capacity.

Small hobby drones can carry just about 200 to 300 grams. The payload of a particular drone varies depending on its model. You can attach rings to a drone on a wedding day or simply amuse someone special by sending a drone light gift.

Hobby drones have such low payloads because they are not designed to carry any extra weight. However, depending on the weight approved on a particular drone, it can carry small additional weight.

Hobby drones designed for more recreational purposes like sports have a greater carrying capacity. These models have a payload of approximately 2.2 kilograms.

An excellent example of a professional drone is the Griff 300 model. The drone officially launched in 2017 has a carrying capacity of up to 226 kilograms and a flying duration of 45 minutes.

Other factors affecting the carrying capacity of a drone

In today’s world, where time is money, drones improve efficiency and save time. They facilitate timeless deliveries in the industrial world. In the military world, they serve as an efficient means of search and rescue. Good photos and exciting sports games can be to light by drones in the luxury consumer world.